The true meaning of compassion involves a tangible expression of love for those who are suffering. Compassion is not just an awareness of another person’s suffering. It moves beyond a simple desire to reduce suffering. Compassion gets involved. A compassionate person recognizes the suffering of others and then takes action to help. There are lots of examples of Bible stories where Jesus had compassion on people for example when he healed the paralyzed man. There are also many examples of people from today or the past who have lived out their Christian faith and showed compassion to others for example, Mother Teresa, Marcus Rashford and many others.

During this year's carol service, the worship leaders did a presentation about all of the ways that our school community has worked together to support many different causes in our community, country and our world. Here is their introduction "We’ve been inspired by Jesus’s example of showing compassion to other people in many different situations and this has encouraged us as a school community and  with  your help as parents  to try to make positive changes in the world.  "

Here are the slides which they talked about which sum up how and when we have shown compassion this year.

Last Friday, we all dressed up in spotty clothing to raise a money for children who are in need around the country. There were some fantastic entries for the Pudsey Bear competition which made it very difficult to choose a winner!   Finally, everyone brought lots of homemade cakes which were sold at the end of the day-  the queue for which was so long that we almost sold out of cakes. It was a great way for the children to do something positive to help those children who have far less than ourselves. 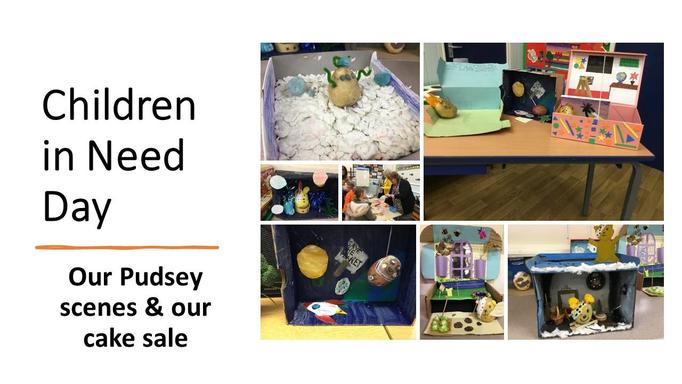 Class 4 led worship all about compassion. A particularly striking part of the worship was when they all talked about how their parents and grandparents needed compassion and who they could show this. 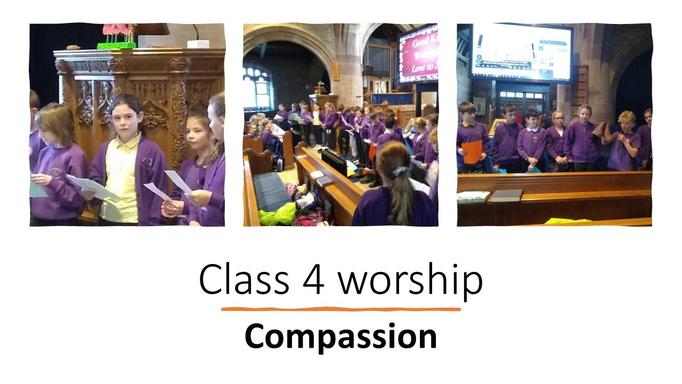 Debbie from NISCU led a lovely worship based on Colossians 3 verse 12 . She explored what it means to 'clothe' ourselves with compassion and how that helps us to treat other people well. 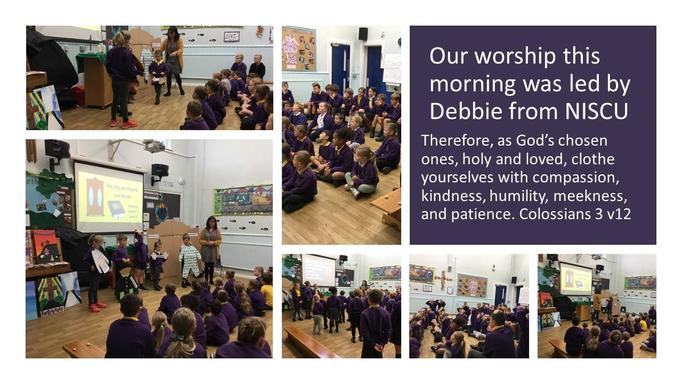 Helping the people of Ukraine

When we heard what was happening in the Ukraine, the children really wanted to do something to help and so we organised a collection of items to send to the Ukraine and to the neighbouring countries who were looking after the refugees.  The children sorted the items to make it easier for the volunteers at IAT. A few weeks later, Julie came into school and led worship for us and showed us lots of pictures and told us what had happened to all the items that we had given. It was very moving to see the pictures of how difficult things are for the Ukrainians right now. 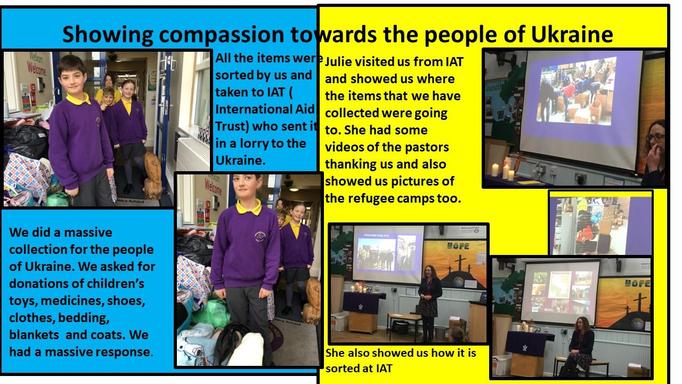 Writing letters of support to the children of Ukraine.

The children then wrote letters to the Ukrainian children offering their thoughts and prayers to them. These were sent by IAT for us. 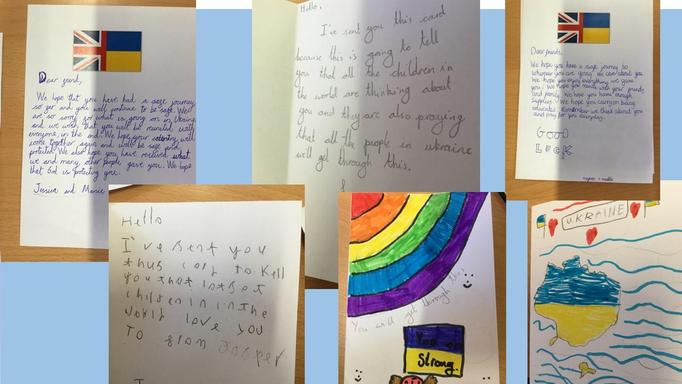 Brain Tumour Research is a charity which is very close to our heart and throughout the year, we have done several fund raising activities to help to support the vital research work done by this charity. 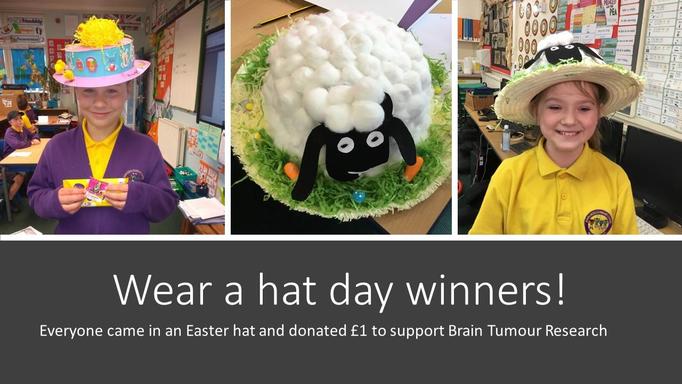 The School Council first suggested that they would like to organise a sponsored run to raise money for Brain Tumour Research. So a sponsored run was organised on the field where each child aimed to run 1 mile around the field and then continue to run at home. All the miles that were run were added together with the target being to match the number of miles that John Robinson ( Charlie's dad) was cycling as he travelled from Lands End to John O Groats. It was a very exciting morning when he and his 12 friends passed through Bilsborrow and were able to stop off at our school so that we could wave and cheer them on. 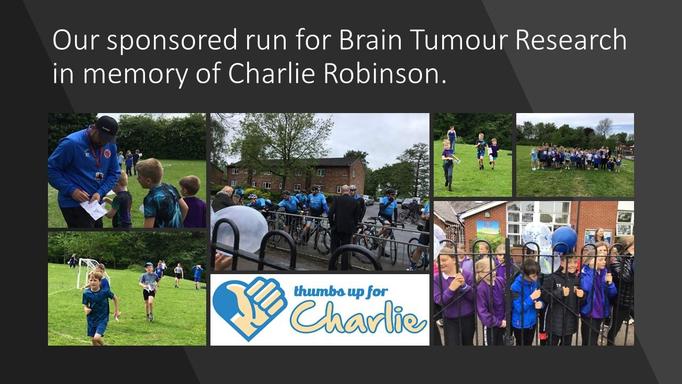 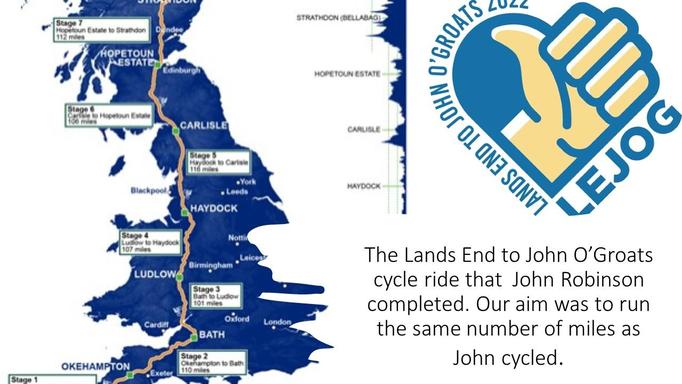